As a result, Virgin Media will be the first of Liberty Global’s European operations to integrate the Amazon Prime Video app within its Ultra HD V6 set-top box. 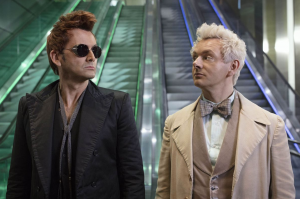 According to Liberty Global, the deal reinforces its strategy of combining the best OTT online video apps and offerings from major streaming players, with its own world-class content and TV functionality, in a seamlessly-integrated experience. Enrique Rodriguez, Liberty Global’s EVP and chief technology officer said: “We’re excited to partner with Amazon to deliver its highly-popular content, including Amazon Originals and Exclusives, to our consumers. We know our customers want to see their favourite shows and programming on their big screen at home, and our partnership with streaming services like Amazon continues to make that happen.”

Jay Marine, VP, Amazon Prime Video Europe added: “We have made it easier for our customers to enjoy Prime Video including Amazon Originals like the highly-anticipated Good Omens starring Michael Sheen and David Tennant. We are excited that these shows, movies and our forthcoming exclusive Premier League matches will all be available on Virgin Media’s V6 box.” Virgin Media customers will be able to access the Prime Video application through Virgin TV from this Summer.

Commenting on the tie up, TMT analyst Paolo Pescatore said the move will allow Liberty Global to “firmly realise its vision of offering a broad range of TV and SVOD services. Strategically, the UK represents a battleground for content aggregation, but the Prime Video rollout on Virgin Media will lag some of its rivals (BT and TalkTalk). This will put pressure on Sky to forge a tie-up. For Amazon, this builds upon other deals and shows its desire to work more closely with telcos to reach new audiences.”