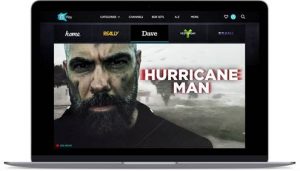 UK multi-channel broadcaster UKTV has now introduced live streaming of five channels on its UKTV Play website, with availability on TV and mobile apps to follow.

From today, viewers will be able to watch Dave, Drama, Yesterday, Really and Home, live on the UKTV Play website. The channel streams will also be available on UKTV Play’s mobile and TV apps in the coming months.

Viewers will be able to jump straight from the live stream to on demand episodes once a show has finished. Personalised recommendations for similar shows will also be surfaced.

In January, UKTV Play reported 15.3 million views, up 25% year-on-year, and it passed the milestone of two million registered users.

UKTV Play’s live streams are being provided by Simplestream, leaders in live, live-to-VOD and on demand OTT services.

Tom Davidson, general manager for UKTV Play said: “The introduction of simulcast on UKTV Play is another exciting and important part of our strategy. The live streaming functionality seamlessly ties together the worlds of video on demand and live TV and provides viewers with a host of new benefits.”