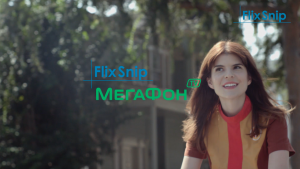 Short-form mobile-focused content app Flix Snip has expanded its reach in the Russian market by striking a deal with mobile telco MegaFon.

Flix Snip will be available to MegaFon’s OTT, mobile and SVOD subscribers in Russia

The service offers  short format entertainment content of 20 minutes or less, in all genres, including drama, animation, children’s, family, comedy, science fiction and horror. Flix Snip on MegaFon will feature 100 short form movies at launch with additional titles, films and series, to be added weekly.  Content will be localised and dubbed in Russian.

Earlier this year, Flix Snip launched in Russia on Rostelecom, and with this latest launch is now available to over 70 million viewers in the country.

“Since its launch, Flix Snip has been very well received in the Russian market and we’re pleased to partner with MegaFon, complementing and adding value to its current “Watch On The Go” offerings. MegaFon customers will now have a new way to enjoy the very best curated, short films, series and short-form content for life’s little breaks,” said founder Sebastian Perioche.

“By partnering with Flix Snip, we can offer our premium customers quality content that complements our current offerings, which they can enjoy while they are in transit, on their commutes, anywhere and anytime, perfect for their busy lives,” said Andrey Koushnarev, head of MegaFon’s TV service.