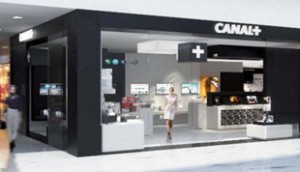 Canal+ Group saw its revenues slide from €1.298 billion to €1.252 billion year-on-year in the first quarter, driven down by the continued loss of subscribers to its domestic French pay TV operation.

Owner Vivendi said that Canal+ overall grew its subscriber base by 700,000 during the last 12 months, thanks to its success in attracting new customers internationally.

In addition to its struggling French pay TV arm, Canal+ revenues were hit by an unfavourable year-on-year comparison in production arm Studiocanal’s numbers. The outfit was hit in comparative terms by the success of Paddington 2 in Q1 2018. Studiocanal is planning to make up the lost ground with a Paddington animated series planned for late this year, with a Paddington 3 movie also in the works.

Vivendi new initiatives including online video unit Dailymotion and African telco GVA, recorded revenues of €15 million, down 6.2%. Vivendi said that Dailymotion’s new focus on premium content was paying dividends however, with the audience for premium content on the platform doubling over the year. Dailymotion also launched programmatic advertising at the end of 2018.

Overall, Vivendi’s revenues were lifted by the strong performance of the jewel in its crown, Uniiversal Music Group, which saw revenues increase by 22.9%, or 18.8% at constant currency, to €1.502 billion. Vivendi also recorded €89 million of revenues from its consolidation of publishing outfit Editis, taking its total to €3.459 billion for the quarter, up 10.7% or 5.7% at constant currency.