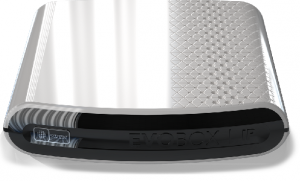 The pay TV operator has launched a new Evobox IP set-top, produced in-house by its InterPhone subsidiary, to deliver the service to subscribers.

The IPTV offering will include up to 150 TV channels with prices starting at PLN20 and advanced functionality including restart and catch-up TV.

The new service will be available under the same terms as the existing satellite offering and will be distributed via the fixed networks of Cyfrowy Poslat’s own Plus and Netia subsidiary’s or Orange’s network. Broadband connections with a minimum of 8Mbps downstream are required.

Users will be able to restart live programmes, the ability to time-shift viewing of live shows by up to three hours, and seven-day catch-up functionality.

The Evobox IP comes with built-in WifFi and includes software provided by ADB, which is already integrated with the Evobox PVR and Evobox HD set-tops provided to Cyfrowy Polsat subscribers.

The box is also enabled for multiroom distribution to up to four TV sets simultaneously, at a price of PLN5 a month.

Users can access the Cyfrowy Polsat Go mobile TV service without additional charge on up to three devices at the same time, giving access to over 100 channels.

Users can also bundle the IPTV service with other SmartDOM services offered by Cyfrowy Polsat and Plus including broadband internet and benefit from discounts.

Maciej Stec, management board member of Cyfrowy Polsat and Telewizja Polsat, said that the new offering was a response to the changing needs and expectations of its customers.

Dariusz Działkowski, the group’s technical chief, said that the Evobox IP is the first device offered by Cyfrowy Polsat that enables access to its services via closed telecom groups. Polsat has previously provided hybrid satellite boxes that enable users to access VOD services via IP.