The chief executive of the German football association, the DFL, has questioned whether there is a need for a ‘no single buyer’ rule in forthcoming auctions of Bundesliga rights. 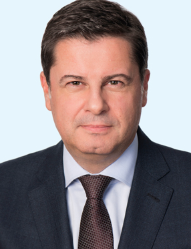 Speaking to the Süddeutsche Zeitung newspaper, Christian Seifert questioned whether the rule imposed by the Bundeskartellamt, the German competition watchdog during the most recent rights auction, that there should be no single buyer of the rights, was necessary.

Seifert said that there was now sufficient competition in the market thanks to the content strategies of new and existing players.

The no single buyer rule has attracted widespread criticism because it forces football fans who want to watch all matches to sign up to multiple services.

Siefert said that the call for tenders for the next round, covering the 2021-22 season, should begin later this year, ahead of an auction process early next year.

The DFL chief said that he hoped to make additional matches available free-to-view, possibly by including relegation matches in a free-to-air package.

Seifert said that the DFL nevertheless hoped to grow the overall pot from the sale of Bundesliga rights.