Lagardère in exclusive talks with M6 over sale of channels 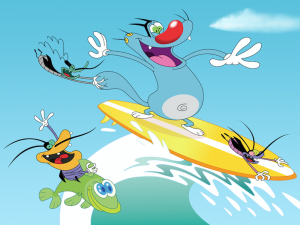 Lagardère has entered into exclusive negotiations with commercial broadcaster M6 Group for the sale of its TV channels.

Lagardère, which has decided to focus on the development of its publishing and travel retail activities and to exit broadcasting, is in exlcusive talks with RTL-owned M56 for the sale of all of its TV channels with the exception of classical music service Mezzo. The portfolio comprises kids channel Gulli, youth oriented Canal J, TiJi, Elle Girl TV, MCM, MCM Top and RFM TV.

The channels, again with the exception of Mezzo, contributed revenues of €98 million to Lagardère’s top line in 2017.

Lagardère said that the sale was a step forward in realising its strategy of focusing on the development of its publishing and travel retail arms and would help furnish the means of positioning them among global leaders in their respective sectors.

For M6 Group, the acquisition of Lagardère’s channels will enable it to complete its offering for families and reinforce its position in the French media market.

Last month, French financial daily Les Echos had reported that M6 and animation producer Xilam were in the running to acquire the channels, being the only suitors among a longer list to make serious offers for the portfolio.

Gulli, with a 16.4% audience share of 4-14 year-olds, is seen as the jewel in crown of the Lagardère TV channels

Lagardère is engaged in a separate sales process for Mezzo.