US-based streaming service Tubi has announced plans to launch in additional international territories this year after closing US$25 million in funding. 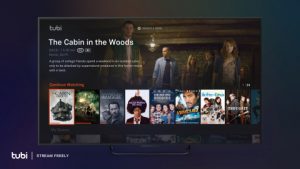 The advertising-supported video-on-demand service is currently available in the US and Canada and said that it will announce its first new market launch this quarter as part of an “aggressive” expansion plan.

The news came as Tubi revealed that it had closed a US$25 million growth capital facility with Silicon Valley Bank, which it will use to help fund growth “across all fronts” – including content acquisition and marketing.

“We will continue to use profits to make bigger bets on content, enhance the viewing experience, and continue to press ahead into new grounds in what is our core advantage: technology and data.”

San Francisco-headquartered Tubi claims a catalogue of more than 12,000 movies and television series and said that viewership of the service grew more than 4.3-times year-on-year in terms of total hours watched in December.

Tubi said that its revenue grew by more than 180% in 2018, without revealing the figure, and said it was profitable in Q4 2018, marking a “major milestone” for the company. The firm said it will reinvest profits into additional content acquisitions in the coming year.

The service is available on platforms including Amazon’s Fire TV, Roku iOS and Android.