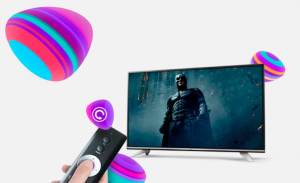 Nordic telco Telia missed its fourth-quarter earnings expectations thanks to weakness in its home Swedish market, but TV proved to be a bright spot in the company’s operational performance in its domestic market, with an uplift of 8.6% in its year-on-year TV numbers to 866,000, compared with flat year-on-year broadband and mobile subscriptions and a sharp decline in fixed telephony numbers.

TV subscribers in Sweden increased by 24,000 in the fourth quarter, while broadband subscribers grew by 6,000. Telia said that growth in fixed broadband and TV was driven by the addition of 10,000 subscribers to each from small city networks acquired in the quarter and earlier.

Mobile subscribers dropped by 41,000 on the other hand, driven by a loss of 53,000 prepaid subscriptions.

In Norway, following the acquisition of Get and TDC Norway, Telia gained a base of 504,000 TV customers in the fourth quarter, along with 417,000 broadband customers. Telia’s mobile base increased by 24,000 with the addition of 54,000 TDC Norway and Get customers compensating for losses elsewhere.