Hulu ended 2018 with 25 million subscribers, an increase of 48% year-on-year, marking its best year yet for signups and total subscriber gains, according to official company stats. 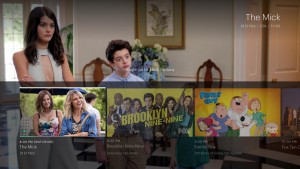 The US video streaming service added eight million subscribers in 2018 and expanded its on-demand library to over 85,000 episodes – adding series likeThe Good Doctor, Killing Eve, The Orville, Superstore and Grown-ish.

It also generated the most advertising revenue in its history last year, increasing ad revenue by more than 45% to nearly US$1.5 billion and its advertiser base by 50%.

“Consumers have spoken loudly about their desire for more choice and control in their TV experience. They are seeing the enormous benefits of streaming, they’re deciding which content and brands are most important to them, and they’re choosing Hulu,” said Hulu CEO Randy Freer.

Elsewhere, Hulu said that Hulu + Live TV customers now spend 50% of their time watching on-demand or recorded programming and claimed that over the past year it has reducing buffering on its live TV service by 90%.

It also claimed that that the median age of a Hulu viewer is 32, some 24 years younger than the average broadcast TV viewer, and that the average time subscribers spent on Hulu per-month increased by 20% during the year.

“In 2018, Hulu led the industry in attracting and engaging subscribers, building a powerful technology stack and cultivating a brand that both consumers and advertisers love,” said Freer. “Looking ahead, Hulu is in the best position to be the number one choice for TV – live and on-demand, with and without commercials, both in and out of the home.”