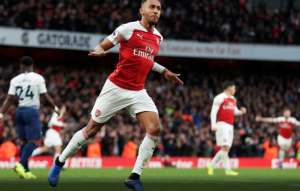 Liberty Global and Vodafone Dutch joint venture VodafoneZiggo’ Ziggo Sport has acquired the exclusive broadcasting rights to English Premier league football in the Netherlands for the next three seasons, renewing the existing partnership between the company and the league.

The addition of Premier League provides an additional significant boost to the Ziggo Sport offering, following its recently renewal of rights to Formula 1 motor-racing until 2021. VodafoneZiggo has also expanded its coverage of ice-hockey with the World Hockey Championship for 2022 to be aired by the channel, and has struck a new agreement for coverage of the US PGA golf tour.

Will Moerer, director of Ziggo Sport, said that the new Premier League deal meant that the best European football leagues would continue t0o be seen on Ziggo Sport and Ziggo Sport Totaal, adding to a roster that includes the UEFA Champions League, Spain’s La Liga and Italy’s Serie A.

Premier League director of broadcasting Paul Molnar said that Ziggo Sport ensured that fans across the whole of the Netherlands had the opportunity to view top-tier English football and that he was pleased that the outfit would remain the league’s exclusive partner in the country for the next three seasons.