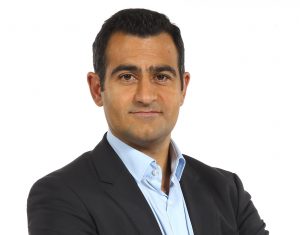 Aurenche has played a key role in BeIN Media Grou’s expansion over the last six years, having been with the company since the launch of its service in France in 2012, and has managed major relationships with international rightsholders as well as negotiating key acquisitions, according to the group.

In his new role he will lead and manage BeIN Media Group’s central acquisition team globally, with responsibility spanning rights acquisition and distribution.

His appointment follows closely that of Yousef Al-Oblaidy as CEO of the group by BeIN chairman Nasser Al-Khelaifi.

“I’m delighted to announce Martin’s appointment as Vice President of Sports Content for BeIN Media Group.  I’ve worked closely with Martin over the past seven years and his knowledge, experience and reputation across the industry is second to none, and will be a real asset as we embark on the next phase of our international growth ,” said Al-Oblaidy.

“I’m thrilled to take on this new position at such an exciting time for BeIN Media Group. During my time with the group it’s been an honour to see and help it transform into the leading sport and entertainment network that it is today. I look forward to continuing to work with our teams to strategically invest in premium rights in existing and new markets so we continue to deliver value for our partners and – most importantly – give our subscribers the best content and viewing experience on the market,” said Aurenche.