The virtual reality headset market returned to growth in Q3 2018 after four consecutive quarters of decline and now makes up 97% of the combined VR and AR device market, according to IDC. 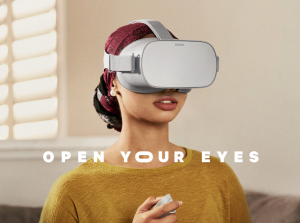 The research firm said that global shipments for VR headsets reached 1.9 million units in the third quarter, up 8.2% year-on-year, as discounts on existing products and interest in new ones led to shipment gains in both the consumer and commercial markets.

During the quarter, IDC estimated that shipments of screenless viewers such as Samsung’s Gear VR declined 58.6%, while standalone headsets grew 428.6% and accounted for 20.6% of the VR headset market.

Facebook’s Oculus Go and Xiaomi’s Mi VR – the same headset, offered in different markets by the two companies – together shipped nearly a quarter million headsets worldwide, making it the most popular standalone headset by a wide margin, according to the research.

Tethered VR headsets, meanwhile, surpassed one million units for the second time, making Q3 2018 the best third quarter on record. IDC said that Sony shipped 463,000 PSVR headsets during the quarter followed by Oculus with 300,000 and HTC with 230,000.

“The VR market is finally starting to come into its own,” said Jitesh Ubrani senior research analyst for IDC Mobile Device Trackers. “On the consumer front, the combination of lower prices and increased content is beginning to resonate with users. Meanwhile, commercial adoption is also on the rise for a range of use cases, including training, design, and showcasing.”

IDC’s program vice president, devices and augmented and virtual reality, Tom Mainelli, added: “The VR market is entering a new stage of maturity, where companies are setting aside the unrealistic expectations around explosive market growth and are focused instead on building more sustainable businesses.”

The news follows a recent CSS Insight report that claimed sales of virtual and augmented reality headsets and glasses will decline year-on-year in 2018 before returning to growth in 2019.

CCS Insight expects that slightly less than 8 million AR and VR devices will be sold in 2018, down from 10 million in 2017. However, it projects sales will grow to 14 million in 2019 and reach 52 million in 2022, with the technology still holding significant long-term potential.