BBC Research and Development has launched a new interactive drama for Amazon Alexa, based on English novelist BS Johnson’s experimental 1969 work The Unfortunates. 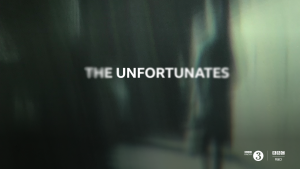 The drama is a reworked version of a BBC Radio 3 play starring Martin Freeman and listeners can access it for free by asking Amazon’s Alexa voice assistant to ‘enable The Unfortunates’. It can also be accessed via BBC Taster, the BBC’s home for experimental projects.

The Unfortunates was originally published as a ‘book in a box’ featuring 27 unbound chapters that, apart from the first and last chapters, were designed to be read in any order. With this in mind, the BBC’s Alexa adaptation randomises the story so that users get a unique perspective.

The Unfortunates is a meditation on death and friendship and revolves around a sports journalists’ memories of a late friend, which are set off when he is sent to report on a football match.

A month later it launched an Amazon Alexa skill for Echo devices that made the BBC’s full range of live radio stations and on-demand podcasts available to Amazon Echo and Alexa users.

In an interview earlier this year, the BBC’s executive editor of voice, Mukul Devichand, said that voice devices are “clearly a way that people are accessing BBC services” and that the corporation is interested in connecting with audiences wherever they are.

For more on the technical work behind The Unfortunates project, see this post on the BBC’s R&D blog.