The BBC has launched an Amazon Alexa skill for Echo devices – its first full voice app for voice-controlled smart speakers. 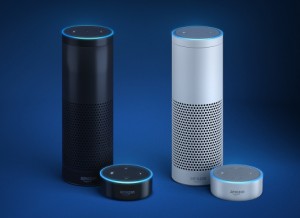 The app makes the BBC’s full range of live radio stations and on-demand podcasts available to Amazon Echo and Alexa users for the first time, with users able to access these by asking for a station or show.

The BBC said it plans to launch on other smart speakers in the future and will also launch “brand new voice experiences” exclusively for these devices.

“Smart speakers are an exciting new way of interacting with audio content. They’re a natural fit for the BBC as millions of people enjoy and rely on our audio programmes every day,” said Matthew Postgate, the BBC’s chief technology and product officer.

“Today we’re making sure audiences can find what they love from the BBC on any device they use through a single, easy-to-use service. But there’s potential to do more and we’re just scratching the surface.”

In November the BBC launched what it described as its first “interactive voice drama” – an experimental experience for Amazon Alexa devices called The Inspection Chamber.

The sci-fi comedy drama, which the BBC said was inspired by authors like Douglas Adams and Franz Kafka, went live via BBC Taster and the Alexa Skill Store.

The BBC runs 10 national, six UK nations and 40 local radio stations, and claims that 240 million of its podcasts were downloaded last year.