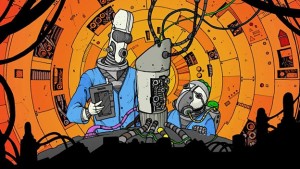 The BBC has launched what it describes as its first “interactive voice drama” – an experimental experience for Amazon Alexa devices called The Inspection Chamber.

The sci-fi comedy drama, which the BBC claims was inspired by authors like Douglas Adams and Franz Kafka, goes live today today via BBC Taster and the Alexa Skill Store and is due to launch on other platforms and devices in the future.

The user plays a role as a character and can change the plot and outcome of the story based on the answers that they give to a set of questions.

The BBC created a story engine to power The Inspection Chamber modelled on those used in video games, and the broadcaster said that the drama is inspired by titles like: The Stanley Parable, an interactive video game for the Steam platform; and Papa Sangre, a horror-themed audio game for iOS devices.

“It enables listeners to take part and interact in a way they never have before. They’re not just a listener any more – they have an active role in the story, playing the fourth character in a radio play which puts them in the heart of the action.”

The title builds on the BBC’s work with voice devices that director general Tony Hall alluded to earlier this year where he said that “voice is going to be a key way we interact with media, search for content, and find what we want”.

Earlier this year BBC R&D announced it was working on prototype projects with BBC Children’s that make use of voice user interfaces.

In September it also launched an interactive, object-based radio dram on BBC Taster – the corporation’s home for new ideas – called The Mermaid’s Tears.