MBC Group has partnered with Fox Networks Group Middle East and North Africa to bring the Fox+ streaming service to its Shahid+ platform. 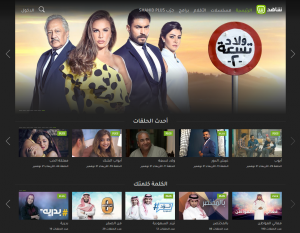 Shahid+ will broaden its catalogue of Arabic films and series by adding thousands of hours of international TV content from Fox+, which offers National Geographic documentaries, Fox Lifestyle shows, Baby TV, and a range of other TV series and movies.

“With the launch of Fox Plus, viewers will be spoilt for choice, with a width of quality content that they don’t get anywhere else,” said Sanjay Raina, general manager and senior vice-president of Fox Networks Group (FNG).

“We are very proud of FNG’s partnership with MBC. It’s the coming together of a global content leader and the largest international network in the region with the biggest media house in the Arab world. By bringing Fox Plus onto Shahid Plus, we are offering millions of viewers across MENA the content of their choice, at a place, time and device of their choosing.”

MBC Group CEO, Sam Barnett, said: “The Arabic-speaking content we present through Shahid Plus is unique and revolutionary across the region, something we have always been proud of. We’re incredibly excited to be collaborating with Fox Networks Group MENA to add thousands of hours of high-quality global content, consisting of series and award-winning National Geographic documentaries.”