TV provided a boost for Polish service provider Netia in the quarter to the end of September. The operator added 6,000 TV customers in the quarter, taking total TV adds for the first nine months of the year to 16,000. 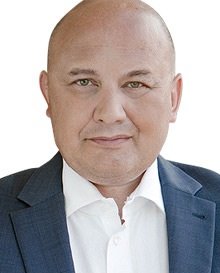 The growth in the TV base, along with growth in broadband subscribers on Netia’s own network helped offset a decline in subscribers on third-party networks. Overall, Netia lost a net 13,000 residential customers, taking its total to 1.439 million.

Netia said that its TV numbers had been boosted by a “significant enrichment” of its offering along with new advertising campaigns.

Netia said that the average number of services per customer now stood at 1.66, while overall average revenue per customer remained stable at PLN56.

The company posted revenues of PLN341 million (€79 million) for the quarter, down 1% quarter-on-quarter. With PLN182 million coming from the B2B market and PLN153 million from the consumer segment. Netia posted EBITDA of PLN94 million, up 1%.

Andrzej Abramczuk, president and CEO, said that the stabilisation of revenues from the B2B market and an increase in the number of services provided in the consumer market – the first in a year and a half – including growing broadband and TV numbers on the company’s own fibre network, were “especially favourable” for achieving a long-term stabilisation in revenue.