Viacom International Media Networks (VIMN) is launching a Paramount-branded SVOD service for the first time in the Central and Eastern Europe (CEE) region. 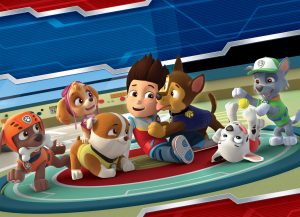 Paramount Play is due to debut this month in Poland with mobile operator Play and cable TV distributor Toya, with more network operators expected to launch the service in the coming months.

The service will also include Polish MTV and Comedy Central local productions like Warsaw Shore and Drunk History Poland, which will be available on Paramount Play immediately after they premiere on TV this autumn.

“Paramount Play is an important extension of our content offering for our distribution partners, which will diversify our footprint and bolster our market leading position in CEE,” said Bartosz Witak, senior vice-president, general manager for VIMN in Central and Eastern Europe and Israel.

“A perfect complement to our linear TV business, this service enables our partners to offer unique, extra content to their premium customers, which will be accessible anytime, anywhere and on any device.”

CEE will be the second region to roll out Viacom’s Paramount branded SVOD entertainment offering, with a version of the service called Paramount+ already available in the Nordics.

RT @MediaDistillery: 🏆 BOOM! We are extremely thrilled to announce that Media Distillery has been nominated in two categories to win the #V…
19 October 2021 @ 13:54:44 UTC