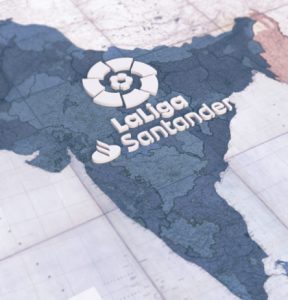 The agreement between La Liga and the social network will give Facebook the status of official home of all the league’s matches in the region.

The three-season deal will give Facebook the right to transmit coverage of 380 La Liga matches.

La Liga said that the deal marked the star of a new era in the distribution of sports events, bringing the league and its clubs closer than ever to fans globally.

All matches will be available via La Liga’s official Facebook page and via the pages of each individual club.

Facebook will stream live coverage of the games free of charge to its users in the region.

“We are delighted to team up with Facebook and be able to bring more of the action to all the followers of La Liga in the Indian subcontinent. La Liga is a reference point of world football and it goes without saying that it brings us enormous satisfaction that from today a greater number of people than ever will be able to watch matches live in this geographic region, and will be able to do it free of charge thanks to Facebook,” said La Liga president Javier Tebas.

Peter Hutton, global live sports events director of programming at Facebook, who moved to the social network in March having previously served as CEO of Eurosport, said that “as home of two of the clubs with the greatest number of Facebook followers”, La Liga had an “enormous presence” on the social network platform.

He said that La Liga’s popularity was “especially visible” in the Indian subcontinent, adding that the deal would “help La Liga achieve greater audiences and to add to its visibility in a key developing market”.