Liberty Latin America, the company split off from Liberty Global to develop its quad-play offering in the Latin American and Caribbean markets, posted an improved performance in the second quarter, adding 61,000 revenue-generating units thanks to strong broadband gains despite ongoing falls in revenue and operating income. 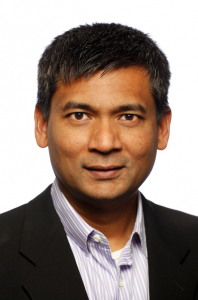 The company’s Cable & Wireless unit in the Caribbean added 29,000 fixed organic RGUs and upgraded over 40,000 premises in the quarter. VTR, its Chilean unit, continued to deliver strong growth, with 27,000 RGU additions and the launch of VTR Play, a new streaming option including 80 channels for on-the-go viewing. Liberty Puerto Rico meanwhile was “close to fully operational” after its infrastructure was seriously damaged by last year’s hurricanes in the region. Services are now available to over one million homes and the unit posted its first net organic RGU gains – of 10,900 – since Hurricanes Irma and Maria struck the island. The unit also launched a Go streaming service earlier this month.

The company posted revenues of US$922 million for the quarter, down 2% mostly due to a 26% decline in Puerto Rico, and operating income of US$124 million, down 20%, driven by increased deprecation and amortization charges, higher restructuring charges and low operating cash-flow.

CEO Balan Nair said that the results showed “the potential for our fixed businesses, operating in markets where we believe there is additional demand for high-speed services”, while the company had also seen growth in LTE mobile customers and combination plans.

“In our first six months as a separately listed company, we have made significant strides towards creating the culture, structure and platforms required for sustainable future growth and we remain on-track with our 2018 guidance targets,” he said.