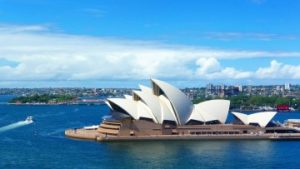 According to the company, the trial successfully assessed the performance of DVB-T2 technologies in Australia without having a significant impact on existing television services. DVB-T2 is being considered as a technology to replace the current DVB-T standard for television delivery in the medium term. When combined with new compression technologies, DVB-T2 will have the potential to allow 4K TV reception in Australia, according to Rohde & Schwarz.

DVB-T2 is seen to be particularly suited as a next-generation TV technology to a country such as Australia, which is densely populated only on its coastline and has vast sparsely inhabited inland areas.

“Terrestrial free-to-air television delivers its service to 99% of the population, and over 20 million Australians tune in every week,” said Peter Lambourne, CEO of Broadcast Australia.

“This trial has been an important part of ensuring that when the time is right, the terrestrial television platform will be ready for the next stage of its evolution and can deliver the best possible viewing experience.”