Sony Pictures Television (SPT) is looking to sell a piece of its streaming service, Crackle, as it looks to grow revenue for the platform and compete with tech rivals. 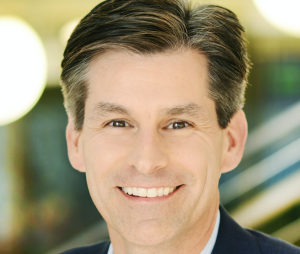 The move was announced by Mike Hopkins (pictured), the former Hulu CEO who joined SPT as chairman last autumn, in a company memo.

He said the company is “exploring potential partnerships for Sony Crackle to drive scale and position the streaming network to be more competitive”.

“Crackle is a tremendously valuable asset for us, and with premium AVOD getting more and more traction as advertisers seek high value online advertising opportunities, we feel there is room for greater growth for our OTT business,” he said.

“With the right partner – one that could bring additional content or users or leverage existing assets for advertising and promotion – we feel we can expand Crackle’s audience and significantly increase revenue.”

Sony has brought in investment bank Moelis & Co. as part of the process to identify potential partners.

Preferred partners will include other ad-supported VOD providers, media and entertainment companies with a large content library, TV networks or telecoms businesses.

The ad-supported streamer was launched in 2007, but has been axed from various territories including Canada, the UK and Australia. It remains active in the US and Latin America.