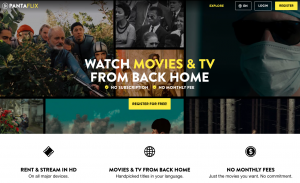 Premiere partners with all of the major Hollywood studios and networks on digital and broadcast content servicing, delivery and aggregation. It delivers content to digital platforms such as Apple and Netflix.

Pantaflix will gain access to approximately 500 new release film and TV titles per year via the new partnership.

The move arrives shortly after Panataflix also secured a deal with Disney, which would allow the service to offer titles such as Star Wars: The Last Jedi to users in Germany and Austria.

“The cooperation with Premiere Digital puts us on a par with the world market leaders in digital content and underlines the development of Pantaflix into a global provider in the international VoD market,” said Christoph Urban, managing director of Pantaflix.

Pantaflix was initially launched in December 2016. It was founded by Matthias Schweighöfer, producer of Amazon’s German original You Are Wanted and his business partner, producer Dan Maag.

“Our goal is to continually expand our offering on Pantaflix to unlock the potential of the market we target, with more than 250 million expatriates worldwide. With our new partner Premiere Digital, we have succeeded in the best possible way. We are convinced that this significant expansion of our catalog will further strengthen our dynamic growth,” says Pantaflix CEO Stefan Langefeld.