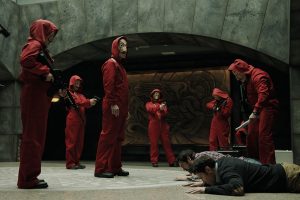 Under the terms of the deal, Pina, founder of production company Vancouver Media, will produce new series and projects exclusively for Netflix.

Other Pina series to date include Locked up (Vis a Vis), The Ship (El Barco) and Paco’s Men – aka Los Hombres de Paco. Projects in the pipeline include Part 3 of La Casa de Papel and Sky Rojo, a female-action drama that is set to start production in 2019.

Erik Barmack, VP, international originals, Netflix said: “We are thrilled to be working with such a talented creator and production team. We have full confidence that Alex will continue to break boundaries with his unique vision and storytelling capturing audiences worldwide.”

Pina added: “We are living in a moment where series are becoming one of the most relevant cultural movements ever. The possibility of reaching the last corner on the planet and building a world where content of all languages can travel globally is to be part of the dream of thousands of creatives from around the world; productions coming from small places in the world that can reach everyone. We had to be there, beside Netflix, as part of this revolutionary challenge.”