Turner’s Adult Swim to launch on Viafree this summer

Turner’s Adult Swim brand is due to launch on Nordic Entertainment Group’s Viafree platform on August 1. 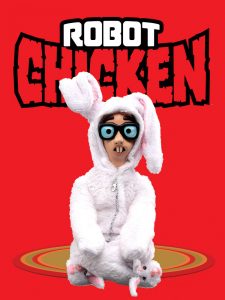 A branded section of Adults Swim content will be available on Viafree in Norway, Sweden, Denmark and Finland subtitled in each local language.

Turner said that hundreds of episodes will be available at launch with new content added every month. The content line-up will include shows like Robot Chicken, The Eric Andre Show and Mr Pickles.

“We aim to grow and expand our offering by building genre specific verticals with top quality content, and we are very excited to have a great partner in Turner and Adult Swim’s strong selection of comedy series to achieve that goal.”

Turner Northern Europe senior vice president, Pierre Branco, said: “We are thrilled to be partnering with NENT Group, to bring the Adult Swim brand to the Viafree platform as we continue to look to capitalise on the huge success of the brand in the US and build its presence in new markets.

“Adult Swim is a unique comedy brand with powerful millennial appeal offering content that is edgy, distinctive and visually powerful and we look forward to bringing our content to existing and new fans.”

In the US, Adult Swim is available as a basic cable network that airs animated and live-action comedy series targeted at young adults.