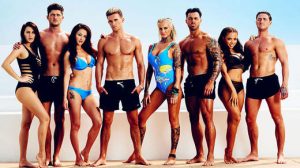 Viacom has secured a mobile distribution deal for Paramount+ with Telenor. The agreement makes the new video streaming product available as a premium service in Sweden as part of the ‘Telenor Stream Film och Serier’ streaming service.

The deal is the first that Viacom has signed to make Paramount+ available to mobile subscribers, after its 2017 launch as a set-top box and TV Everywhere application available to higher tier subscribers at a number of Scandinavian PayTV operators.

Andrea Sahlgren, general manager for Viacom’s operations in the Nordics, said: “Scandinavia is one of the world’s most advanced video markets, with rocketing demand amongst younger audiences for on-the-go, as well as on-demand, access to their favourite TV shows and movies. We’re delighted to be partnering with Telenor to allow mobile subscribers access to a range of premium content available through Paramount+ for the first time, without the need for an additional pay TV subscription.”

Jakob Bökman, director business development, Telenor Sweden, said: “Our customers have long wanted a service they can access anytime, anyplace and anywhere. We launched Telenor Stream last year, and we’ve now created a complementary mobile streaming service called ‘Telenor Stream Film och Serier’. It offers high-quality linear TV and on-demand content on one platform at a competitive price. Our partnership with Viacom is vital as Paramount brings top performing content to the service, as seen with our existing Paramount+ partnership.”

The Paramount+ set top box and TV Everywhere product is currently available in the Nordic region to Canal Digital, Boxer, Com Hem, YouSee and Get. New Paramount Pictures releases available exclusively via Paramount+ at launch included: Allied, Baywatch, Fences and Ghost in the Shell. Classic Paramount titles include Saving Private Ryan while MTV and Comedy Central shows available on-demand through the service include: Ex on the Beach (pictured), Faking It, Geordie Shore and Drunk History.