Vodafone and Deutsche Telekom spar on merger at ANGA COM

Senior executives from Vodafone Deutschland and Deutsche Telekom clashed over whether the acquisition of Liberty Global-owned Unitymedia by Vodafone would have an anti-competitive impact in Germany at ANGA COM yesterday afternoon. 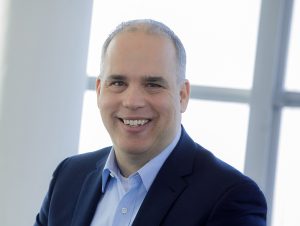 Taking part in an industry panel at the event, Dirk Woessner (right), management board member for Germany at Deutsche Telekom, said that his company is “looking forward” to competition but that “it must be fair”.

“On the TV market we are the smaller company and that is our problem,” he said. Cable’s dominance in TV distribution means that Telekom will be challenged to sell convergent product, in particular to the housing association market, he said.

Woessner said that Telekom “believes we need less and note more regulation” but that his company faces demand to provide third-party access to its broadband network and there needs to be a level playing field in TV distribution. To be competitive in the TV market, Telekom has been forced to pay for carriage of channels that have historically paid cable operators for distribution on those networks, he said.

Woessner nevertheless said that Telekom would “have to accept the framework conditions” of any merger and that it would use its broadband network to compete. He said that the company was preparing itself for a changing market.

Manuel Cubero, COO of Vodafone Deutschland, countered by saying that after the merger, Unitymedia and Vodafone together would have a market share of 20% of fixed networks, and would cover 37% of all TV homes in Germany.

He said that 37% was not a dominant majority.

“We believe this will be to the benefit of competition in Germany, “ said Cubero, adding that Vodafone and Unitymedia’s networks did not overlap and that Vodafone planned to upgrade 25 million homes to 1Gbps over the next few years, showing evidence of its commitment to broadband. If Vodafone upgraded two thirds of its homes to 1Gbps, the country would benefit, he said.

Responding, Woessner said that cable TV was a distinct market including homes that are not allowed to access satellite services and the housing association market is in effect a closed market comprising16-20 million homes.

Woessner said that Telekom was committing to deliver a minimum of 50Mbps to 95% of homes and that it was investing in fibre-to-the-home.

Conrad Albert, deputy CEO and group general counsel for commercial broadcaster ProSiebenSat.1, speaking on the same panel session, said that there was now a danger of local cable monopolies emerging. Albert said that while competition could stimulate broadband, the German market does not have a good coverage of broadband currently,. “There is no live streaming in rural areas because there is no broadband and creating new monopolies will not help this,” he said.

Albert said that broadcasters do not have the option of being independent of network operators.

Carsten Schmidt, CEO of Sky Deutschland, also on the panel, also said that the merger was of concern. He said that fees would have to be discussed. However, he said that Sky would be constructive and would take a position on the merger at the proper point in time.

Responding, Vodafone’s Cubero said that the results of court rulings were now seeing carriage fees flow to programmers rather than the other way round. He also said that housing associations can choose between service providers already, and are not limited to cable.