The heads of the BBC and Channel 4 have come together to call for new legislation that will protect the prominence of UK public service output in today’s changing and increasingly digital media landscape.

“We need action by those of you here, by parliament and government,” said Hall. “The current law is out of date. It needs to be looked at, and given the pace of change, looked at pretty fast.”

The BBC DG said that in a world of fake news, disinformation and state propaganda the corporation has a duty to help people distinguish fact from fiction, but to do so it must be “simple and easy for people to choose our services.”
He claimed that audiences aged between five and 15 years old are “on the front line of this issue” as they spend more time each week online than watching TV – an environment where “the existing rules don’t work”.

“There’s a danger we are sleepwalking towards a world in which children and young people barely encounter PSB content – even content that they love and that inspires them,” said Hall, arguing that services like CBeebies and CBBC help reflect “our culture and our values”. 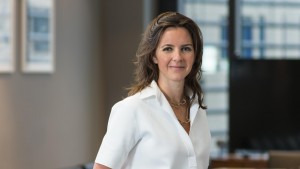 Alex Mahon raised similar concerns, pointing out that by 2020 the majority of video viewing by people aged under 35 is expected to be on-demand.

“We’re living in a time of unprecedented choice and watching more TV content than ever before,” she said. “But this is happening in ever more complex and varied ways, especially amongst young people.”

“As the landscape changes, the way people find content and shows is also changing. Our old ways of thinking about people making choices through the prism of TV listings and Electronic Programming Guides or EPGs have already changed hugely – and will only continue to do so.”

With a large and growing use of streaming sticks and smart TV interfaces, Mahon cautioned that what gets highlighted and served on these interfaces is “what the manufacturer wants to push to you.”

“This is all unregulated with no proviso for PSB at all. When you turn on a smart TV the device is entirely geared towards operating through its own user interface and hub. The positions on those screens are governed by the auction of spots and by negotiation with the manufacturers.”

“Which news gets promoted to you first? Is it the BBC, is it Channel 4, or is it Russia Today? Or is it a clickbait fake news farm? The truth is it’s completely up to whoever owns that platform and they’re free to sell that spot off to the highest bidder.”

Both Mahon and Hall described PSB prominence as an “urgent” issue that must be addressed. While parliament has already asked the UK’s broadcast regulator to look at the issue, Hall said “we need Ofcom to conduct their review into prominence as soon as possible”.

“I’m afraid we’re really not in a position to just continue on, doing the best we can with what we have,” added Mahon. “There’s too much at stake here.”

Current rules dictate that the UK public service broadcasters must retain their spots at the top of the EPG – even on commercial pay TV platforms like those operated by Sky and Virgin Media.