Qatar-based BeIN Media has struck a deal with UAE service provider Etisalat to distribute its four dedicated sports channels live with coverage of the FIFA World Cup in the UHD format for the first time.

The agreement means that Etisalat’s eLife subscribers will be able to view BeIN Media’s coverage of the World Cup from Russia. BeIN holds the exclusive rights to the tournament in the MENA region. 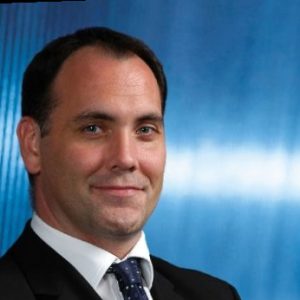 The two-year deal with Etisalat grants eLife the rights to rebroadcast all four BeIN Sports MAX HD channels, as well as the BeIN 4K channel, to its entire IPTV customer in the UAE.

Customers looking to subscribe to the standalone package for the duration of the FIFA World Cup Russia may do so at a cost of AED555 (€128). In addition, BeIN is, for the first time in the UAE, offering access to the tournament in ultra-high definition at a cost of AED38.

Tom Keaveny, managing director of beIN MENA, said “We are thrilled to extend our long-term relationship with Etisalat to provide viewers with access to the beIN FIFA World Cup. Viewers will have access to all 64 matches across four dedicated channels, bringing the best action in the world straight to their TVs, mobiles and tablets. This two-year deal kicks off a hugely exciting period for sports fans around the world and we’re delighted to be at the center of the action.”

BeIN’s deal with Etisalat follows the resumption of the distribution of its channels on rival UAE operator Du’s TV service after a brief absence.

The UAE, in common with other Gulf countries, cut ties with Qatar and blocked access to BeIN Media’s services a year ago. However, unlike other countries in the region such as Saudi Arabia, the UAE restored BeIN’s ability to air in the country shortly afterwards.

BeIN Media has recently complained vociferously about pirating of its services across the region by a service provocatively branded BeoutQ. The Qatar media group slammed Saudi satellite operator Arabsat for facilitating the transmission of the service, which it said had pirated sports competitions to which BeIN has the exclusive rights.