The number of unique viewers for eSports events and games-related content will reach 858 million by 2022, equal to roughly a tenth of the world’s population, according to Juniper Research. 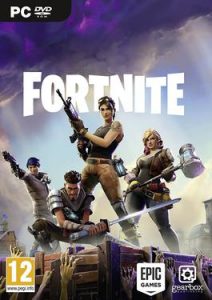 The research firm estimates that viewers of competitive eSports tournaments and ‘let’s play’ content – such as tutorials and talk-throughs of games content – will climb from 630 million viewers in 2018.

Juniper’s ‘eSports, Let’s Play & Watch Play’ report claims that growth in viewership will be driven by the popularity of Battle Royale titles, where dozens of players face-off in ‘last-man standing’ competitions.

It also said that games titles like PlayerUnknown’s Battlegrounds (PUBG) and Fortnite are attracting new audiences and opening up a “more diverse demographic” to eSports.

Epic Games announced in March that it will provide US$100 million to fund prize pools for Fortnite competitions in 2018-2019 – the game’s first year of competitive play.

Juniper predicts that this prize pot will lead to substantial growth in ‘let’s play’ viewership of the game, expecting this to exceed 12 billion hours on YouTube alone.

It also claims that prize pools will result in the greater integration of ‘loot boxes’ – purchasable in-game items – and content giveaways as a monetisation strategy for eSports tournaments.

“Loot boxes play upon gamers’ desire to have the most prestigious and sought-after items, whether these be weapons or cosmetic goods,” said Juniper analyst and report author, Lauren Foye.

“By offering these as time-limited content during popular events, tournament hosts will be able to drive substantial funding and interest from players.”