Some 24% of all media consumption across the world will be mobile this year, up from just 5% in 2011, according to Zenith’s Media Consumption Forecasts 2018 report. 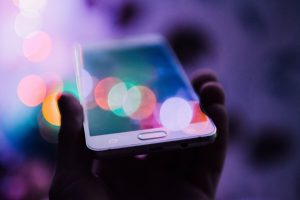 The Publicis Media-owned ad agency said that it expects the proportion to reach 28% by 2020 as the mobile internet takes share from almost all other media.

“Mobile internet use has eroded the consumption of almost all other media. Newspapers and magazines have lost the most – we estimate that between 2011 and 2018 time spent reading them has fallen by 45% for newspapers and 56% for magazines,” said the report.

“Television and radio have also lost out, though not on the same scale. We estimate that time spent watching television shrank by 3% between 2011 and 2018, while time spent listening to radio shrank by 8%.”

Zenith Media said that TV channels and radio stations have gained audiences online at the same time as they have lost them offline. However, they have also faced strong competition from digital platforms like YouTube and Spotify.

The report anticipates that the average person will spend 479 minutes a day consuming media this year, 12% more than in 2011. It forecasts the figure to rise to 492 minutes a day in 2020.

Zenith’s head of forecasting and director of global intelligence, Jonathan Barnard, said: “Under traditional definitions, all other media are losing out to the mobile internet. But the truth is that the distinctions between media are becoming less important, and mobile technology offers publishers and brands more opportunities to reach consumers than ever.”