South-eastern European pay TV operator United Group is to invest over €600 million in the region over the next five years. 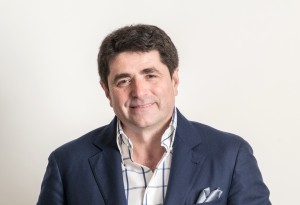 The multi-play telecoms and media provider, founded in 2000 by local entrepreneur Dragan Šolak, will use the money to build on its track record of investing in local infrastructure, creating jobs and unlocking business opportunities, according to the European Bank for Reconstruction and Development (EBRD), which backs the company. The EBRD welcomed the commitment at its annual meeting and business forum in Jordan.

It is also a major employer in the region, with a workforce numbering more than 3,400 across engineering, production, software development and journalism.

In 2004 the EBRD invested in SBB – a cable network and internet service provider in Serbia and Montenegro. In 2009 the merger of SBB with telecoms companies Telemach Slovenia and Telemach Bosnia led to the establishment of United Group. In 2014 the global investment firm KKR became the majority owner of United Group, with the EBRD retaining a minority stake.

Speaking at a joint panel discussion alongside United Group senior executives at the 2018 Annual Meeting, Alain Pilloux, EBRD vice-president, banking, said: “Our engagement with United Group and the cooperation with majority owner KKR is a real success story. Our shared commitment to the region and achievements to date make us very confident as we look to the future, especially as United Group continues to invest in the region.”

Šolak said: “Over 14 years we have built up a trusted relationship with the EBRD, whose support has been invaluable in helping United Group to thrive and support the region’s wider economic success.”