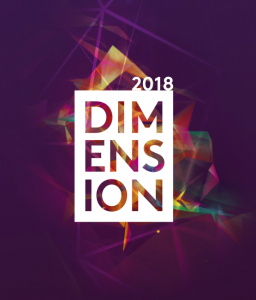 Over half of UK consumers believe that the ads they see on websites are not usually relevant to them, according to a study by Kantar Media.

According to Kantar’s Dimension report, 55% of UK consumers state that that the ads they see on websites are not usually relevant to them, with 38% saying they dislike advertising and 53% say that they are ambivalent to it.

Some 36% of UK consumers admit to using ad blockers sometimes, with 26% of 18-34-year-olds saying they always use them.

Some 57% of consumers surveyed believe advertisers are better at communicating with them now than in the past, but this figure has fallen from 59% last year, and 77% of consumers today report seeing the same ads over and over again.

The report found that 96% of respondents still access TV via a television set, 86% listening to the radio offline, and 73% and 72% read print newspapers and magazines respectively.

Consumers surveyed use on average three different content sources to gather information about a brand – led by the internet with 64% and friends and family with 52%.

“This year’s Dimension report reveals an industry struggling to make sense of the myriad of communication options out there. Marketers are exhibiting some scepticism of the role of digital in the media supply chain, with some of the big players going as far as moving advertising spend away from such platforms due to a lack of transparency. At the same time, we continue to see pessimistic headlines around the future of traditional advertising,” said Richard Poustie, CEO, Kantar Media UK and Ireland.

“One clear trend is a momentum towards integration across platforms, with both brands and consumers increasingly active on numerous devices. We know from experience that advertising which delivers consistent messaging on multiple platforms and across paid, owned and earned forms of media, is highly effective at engaging consumers. It’s not surprising therefore that we are seeing a growing call for the establishment of a universal set of consistent, recognised measurement standards across platforms.”