Canal+ teams up with sister company for classical music channel 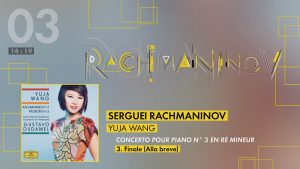 Among performances to be aired is one performed in the Vatican’s Sistine Chapel in Dolby Atmos sound. The channel will also air 10 re-masterisations of discs in Dolby Atmos that will be published this year, with a second, similar series to be aired next year. Both will feature re-mastered versions of discs from the analogue era of recording featuring conductors such as Leonard Bernstein, Herbert von Karajan and Carlos Kleiber.

The channel will be available to Canal+ subscribers as part of the Family, Panorama and Intégrale pack, and will be delivered as a streaming service on the myCanal app as well as to the latest generation of Canal+ set-tops. The service will also be offered to third-party distributors to make available via their IPTV boxes.

Canal+ said that music from other labels in the Universal Music stable would be added later.

The broadcaster said that the creation of the channel showed the synergies that are possible between the different arms of Vivendi.