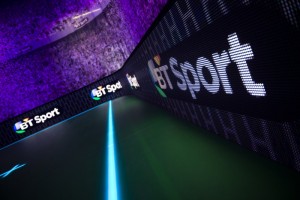 The HD HDR footage was broadcast to a range of devices including Samsung’s new S9 smartphone to a new beta version of the BT Sport App.

BT said that HD HDR is less data intensive than 4K for both the mobile network and the end-user’s data consumption and provides “a better mobile experience”.

“Mobile viewers are an important and growing part of our audience, and we’re constantly focusing on innovating to ensure the best possible experience for our sports fans,” Jamie Hindhaugh, chief operating officer, BT Sport.

“HDR is the future for mobile – the technology is perfect for getting the most out of the small screen, with incredible colour and definition.”

The BT Sport app is available free for BT mobile customers and for EE customers on ‘Max’ plans.