Roku recorded a strong year of growth in 2017, but its shareprice dropped in after hours trading following a weaker than expected revenue outlook for the current quarter. 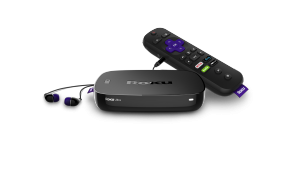 The company said that it enters 2018 with strong momentum and is “very encouraged” by the trends it is seeing in its platform segment. However, its Q1 net revenue outlook of US$120 million to US$130 million missed analyst projections of US$132 million, according to Bloomberg stats.

A key driver for growth was the company’s platform segment. Here revenues were up 115% year-over-year to a record $225 million, driven by strength across Roku’s advertising and content distribution services.

Trailing twelve-month ARPU in the fourth quarter was a record US$13.78, up 48% year-over-year.

“The tectonic shifts we are seeing in the media and entertainment industries continue to strengthen our streaming opportunity, creating new paths for Roku to pursue and deliver rapid revenue and gross profit growth,” said Roku CEO Anthony Wood, and CFO Steve Louden, in a statement.

“The fourth quarter of 2017 was a fantastic quarter for Roku, reinforcing our leading position in smart TVs, streaming players, OTT advertising and content distribution. We have never been more excited about the future of our business.”