Orange has renewed CEO Stéphane Richard’s mandate as a board member ahead of granting him a new four-year term as the company’s chairman. 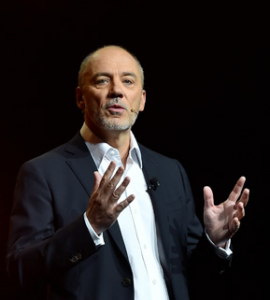 The board said it was “convinced by the solid results” achieved by Richard during his eight years at the helm of the telco, during which time he had “succeeded in restoring a positive working environment within the company and has overseen improved financial results despite strong competition in France and abroad”.

The move comes as Orange posts solid revenue and EBITDA growth for the full year, with operating cash-flow growing for the first time since 2009.

In France, Orange had 6.861 million TV customers, up from 6.609 million a year earlier, with a modest gain in the fourth quarter from the 6.84 million reported at the end of September.

Elsewhere in Europe, Orange reported 2.147 million customers at the end of the year, up from 1.82 million a year earlier.

In Spain the company had 626,000 TV customers at the end of December, up from 507,000 year-on-year, with Orange attributing growth in its Spanish fixed-line base both to its TV offering and to its success in marketing fibre. The number of TV customers in Poland grew from 766,000 to 848,000, while the number of TV subscribers in other central and eastern European countries grew from 507,000 to 567,000.

Overall, Orange posted full-year revenues of €41 billion, up 1.2% on a like-for-like basis, which represented double the growth achieved in 2016. Adjusted EBITDA was up 2.2% to €12.8 billion.

“2017 was a remarkable year for Orange in more ways than one. The group delivered an excellent commercial performance, driven by very high-speed broadband. We now have 4.7 million fibre customers and 46 million 4G customers across the Group. This performance has translated into solid financial results. Thanks to a strong fourth quarter, revenues in France returned to growth for the first time since 2009. Spain maintained its impressive growth, while our Africa and Middle East segment recovered strong momentum, with 3% revenue growth year on year,” said Richard.