BT reported a decline in TV customers in its most recent quarter, despite claiming record viewing figures for BT Sport. 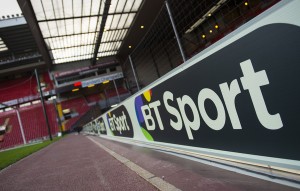 This compares to a gain of 52,000 TV customers during the same quarter in 2016. However, BT’s overall TV base now stands at 1.8 million customers, up from 1.7 million a year earlier.

Despite this the company said that average BT Sport viewing figures for the quarter increased 23% year-on-year, “making it our best performing quarter since launch”.

It attributed this to continued strong performance of the UEFA Champions League as well as BT’s exclusive coverage of the Ashes cricket tournament.

“Not a good year for TV with only 21,000 net additions, this was extremely disappointing,” said Paolo Pescatore, vice-president, multiplay and media, CCS Insight, who described the quarter as “somewhat challenging” for BT.

“Marc Allera has a lot to ponder and the new organisation structure cannot come soon enough. However, all eyes are on the Premier League auction. We believe that this is a pivotal moment for BT Sport.”

Overall BT reported operating profit of £854 million, up 17% year-on-year. Revenue was down 3% to £5.97 billion which it mainly attributed to a 9% revenue decline at its global services division.