Ericsson has agreed to sell a majority share of its Media Solutions business to private equity firm One Equity Partners and will continue to develop the other half of its media operations, Red Bee Media. 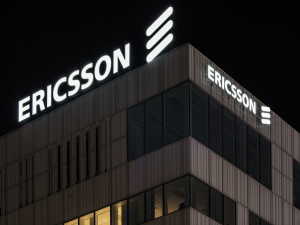 Ericsson said the move concludes the review of its media business – Media Solutions and Red Bee Media (formerly Broadcast and Media Services) – which it launched last March as part of a wider effort to focus its business strategy.

One Equity Partners will take a 51% stake in Media solutions while Ericsson will retain the remaining 49% of shares. The two firms will form an independent company to develop the video technology company, which Ericsson said will now have “strong and committed financial support”.

“Media Solutions and Red Bee Media are leading providers of media products and services, and with the performance improvements that are currently being implemented, we see future upsides to both businesses,” said Börje Ekholm, president and CEO, Ericsson.

“We are confident that the direction we announce today will enable us to create the best long-term value, for both our customers and our shareholders.”

Ericsson and One Equity Partners said they are committed to a “seamless transition” for Media Solutions employees, customers, partners and suppliers, upon closing the deal.

Red Bee Media will continue to be developed by Ericsson as an independent and focused media services business.

Ericsson said that during 2017 it successfully ran a performance improvement programme for Red Bee and that “significant progress” has been made both in terms of operational efficiency and cost savings.

In March last year Ericsson announced it was “exploring strategic opportunities” for its media business and said it would split it into two groups, Broadcast and Media Services and Media Solutions, to create a “stronger operational focus”.

In November Ericsson said that it was separating off its Broadcast and Media Services unit into a as a separate business fully owned by Ericsson, called Red Bee Media.

The move revived the Red Bee brand, which Ericsson had previously retired. Ericsson agreed to buy UK-based media services company Red Bee Media in 2013, completed the deal in 2014 and rebranded the company under its own name in 2015.

Today’s media business news came as Ericsson announced a fifth quarter of losses. The company reported a fourth quarter operating loss of SEK19.8 billion (€2.03 billion). This was impacted by SEK 2.4 billion of restructuring charges and SEK14.5 billion of asset write-downs.

Terms of the One Equity Partners deal were not disclosed. The transaction is expected to close in the third quarter of this year.