Spotify has introduced a new media format called Spotlight, which adds visuals to podcasts, audiobooks and other audio content. 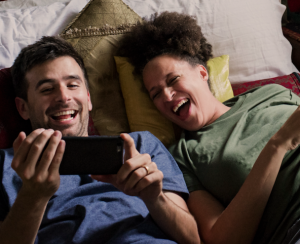 The music streaming service said it will offer contextual photos, video and text as users listen to content to give a “deeper insight to their favourite artists, playlists, books, publishers and more”.

“We are excited to launch Spotlight, a new format that merges great storytelling, news, information and opinion with visual elements all delivered in playlist form across a number of content categories,” said Courtney Holt, Spotify’s head of studios and video.

“Playlists play an important role in the daily lives of our users bringing them closer to the creators they love.”

It will also feature content from some of Spotify’s own original series such as its emerging artist platform RISE, Spotify Singles and the new Viva Latino podcast.

“It feels like a generation ago that MTV News delivered the latest to a whole generation of music fans, but it’s not hard to imagine BuzzFeed News and Spotify doing the same in 2018,” said BuzzFeed News editor-in-chief, Ben Smith.

“We’re incredibly excited to bring together our award-winning audio team, world-class journalism, and Spotify’s massive, dynamic platform to get listeners up to speed every morning.”