EBU to test HEVC rivals as compression battle heats up 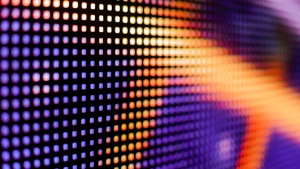 Public broadcasters organisation the European Broadcasting Union (EBU) has commissioned the University of Applied Sciences of Wiesbaden to carry out a subjective evaluation of competing video compression technologies following growth of interest in the Alliance for Open Media’s AOMedia Video 1 (AV1) codec and the Joint Exploration Model (JEM), developed by the ISO and ITU.

While JEM promises an over 25% improvement in coding efficiency to HEVC/H.265, AV1 offers a potential licence-free alternative that could match HEVC in quality.

The evaluation of AV1, JEM and HEVC will include a comparison of the speed of the encoding/decoding and is designed help EBU members choose the best codec for their individual needs, according to the organisation.

The results of the evaluation will be presented by Professor Matthias Narroschke at the EBU production technology seminar in Geneva at the end of this month.

Interest in an alternative to HEVC, which has long been seen as the natural successor to the H.264/MPEG-4 standard and has already been widely adopted, has been growing for some time.

In July last year, the MPEG-VCEG joint video exploration team concluded, on the basis of tests, that there was evidence of a potential to build a new standard that could significantly outperform HEVC. That evaluation included testing and an assessment of the JEM compression technology, which indicated significant performance gains over HEVC.

The Alliance for Open Media’s AV1 standard is built on top of Google’s VP9 codec and includes new coding tools from other open source royalty-free codecs such as Google’s VP10, Cisco’s Thor, and Mozilla/Xiph.org’s Daala.

Tests last year showed that AV1 offered a competitive performance against HEVC with increasing the complexity of decoding, although the encoding complexity was greater.

The alliance, which is supported by Google, Amazon, Cisco, Intel, Facebook and Netflix, received an additional boost earlier this month when Apple joined.

The industry has long been concerned about the high licensing costs of HEVC/H.265, with patents initially pooled by two separate bodies, HEVC Advance and MPEG LA. A third body, Velos Media, entering the fray in mid-2017.