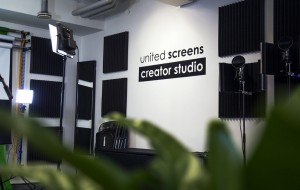 RTL said the deal, which was announced today and closed on January 2, will expand its footprint as “the leading European media company in online video”.

As part of the deal RTL said it also plans to to invest SEK 25 million (€2.6 million) to fund United Screens’ growth plan across the Nordic region.

Founded in late 2013, United Screens works with a number of prominent Nordic video creators and claims to generate more than 500 million video views a month on YouTube.

The company is based in Stockholm with offices in Oslo and Helsinki and represents hundreds of influencers in music, lifestyle and entertainment across all social platforms. Branded content represents 50% of United Screens’ total revenue.

“This acquisition is another step in accelerating our ‘Total Video’ strategy, as United Screens strengthens our MPN [multi-platform network] presence in Europe,” said RTL Group CEO, Bert Habets, who now also becomes chairman of the board at United Screens.

“With our highly popular creators and leading market positions in each territory, RTL Group is the only European company to offer advertisers pan-European digital video campaigns in premium and brand-safe environments.”

United Screens co-founder and CEO, Malte Andreasson, said the deal will allow the company to accelerate its strategy and grow its presence in the Nordics.

“At United Screens, we will continue striving for the best for our creators, partners and clients,” he said. “We are happy that RTL Group shares our high ambitions for the future, and we will aim for an even stronger position in the Nordic media market.”

RTL said the deal will complement its existing portfolio of multiplatform network businesses. These include Los Angeles-based StyleHaul, Berlin-based Divimove and Vancouver-based BroadbandTV.