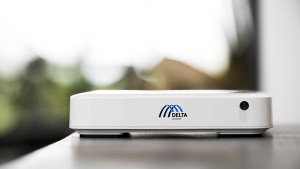 The launch means that Delta is now able to offer interactive TV via the main screen for the first time, having previously launched an internet TV app. The new service offers subscribers the ability to record up to 250 hours of content via cloud-based DVR.

Delta is making the service free for the first six months, with a monthly subscription of €3.50 a month thereafter.

The Delta TV receiver is 4K-enabled, according to the company, meaning that users will be able to view 4K content when this is available.

Delta also plans to launch a new version of its TV app in the spring. The current app for Android and Apple phones and tablets, PCs and laptops gives viewers access to 50 channels along via Standard and Plus packages anywhere in the Netherlands and includes startover and recording features.