Roku has launched a scheme to allow companies to build soundbars and speakers using Roku software, and has also announced plans to develop and launch a voice assistant. 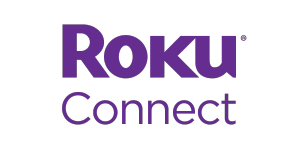 Roku Connect home entertainment devices will connect wirelessly to each other and to Roku OS-powered devices within a home network, and will be controllable via voice commands and a single remote.

Manufacturers will also be able to license smart soundbar and smart speaker hardware reference designs, with TCL set to announce plans to offer the first device under the new program at its press conference at the Consumer Electronics Show (CES) on January 8.

“We’ve always focused on making it incredibly simple for consumers to find and enjoy streaming entertainment on their TVs, and with an expanded Roku ecosystem, consumers will be able to add great sound to their TVs and audio around the whole home in a modern way,” said Roku CEO Anthony Wood.

At the same time Roku announced plans to develop and launch a home entertainment-optimised voice assistant, called the Roku Entertainment Assistant, marking a move into a space Amazon and Google already occupy with their respective home speaker devices.

Roku Entertainment Assistant will let viewers issue voice commands, such as ‘hey Roku, play jazz in the living room’, to all voice-supported Roku devices, including the new Roku Connect soundbars.

Roku Entertainment Assistant is due to roll out alongside Roku Connect as a free software update to the Roku OS by autumn, making it available in most Roku streaming players and models of Roku TV sets.

“Consumers will love the benefits of a home entertainment network, such as having more affordable options, adding one device at a time, using their voice, having a simplified set up and Wi-Fi connectivity, and holding just one remote control,” said Wood.

According to Roku, expanding its licensing programme to include audio devices will make Roku TV even more appealing to brands and consumers and will increase user engagement.

Magnavox is the ninth and latest TV brand to join the scheme and is due to launch its first Roku TVs in spring. During the first nine months of 2017 Roku claimed that Roku TVs accounted for more than one out of every five smart TVs sold in the US.