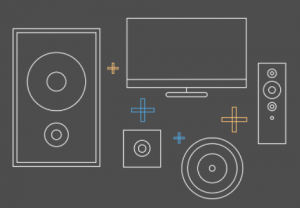 The deal, which was first reported by Variety, took place in September, when Roku paid the cash consideration and issued 108,332 shares of its common stock to two of the founders as part of a “continuing services arrangement”.

A reference to the deal was made in a recent Roku filing with the Securities and Exchange Commission (SEC), although Dynastrom was not mentioned by name.

In the filing, Roku said it had “acquired all of the outstanding shares of a privately held technology company located in Denmark to enhance the company’s player product offering.”

Dynastrom’s software is designed to let users operate speakers by voice or touch, using an app or controls on the speaker.

Its AROS audio streaming technology is based on a middleware that enables devices to join or take over the listening experience, according to information published on the Dynastrom website.

Variety reported in September that Roku may be building an Amazon Echo-like smart speaker, after the company advertised for a number of audio-related roles.