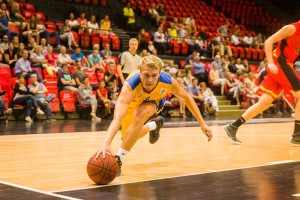 Sweden’s Bonnier Broadcasting, owner of TV4 and C More, has signed a deal with Com Hem to bring its new Sports Channel to the cable operator’s pay TV subscribers.

Com Hem cable and Boxer digital-terrestrial subscribers will have access to the channel, which shows matches from the Allsvenskan football league, SHL hockey league, the Swedish Handball League and the Superligan floorball league, among others. The channel also airs coverage of US NBA basketball and the Swedish PGA golf tour.

The channel has replaced the previous offering from the group, TV4 Sport, and will be available to Com Hem subscdribers with Silver, Silver+ and Gold packages both via linear TV and online via Boxer Play.

The channel is also offered as part of C More’s Standard Sport and Premium packages as well as via Telia’s IPTV network and Viasat’s pay TV service.

Simon Gate, content manager for Com Hem Group, said that he was convinced the inclusion of Sports Channel, which he said aggregated the “best local sports rights in the market”, in the group’s packages would be appreciated by subscribers.