Liberty Global is reorganizing the marketing, sales and customer operations of its UPC units into a single entity under Severina Pascu, who has been named as COO of Liberty Global’s Central Europe Group. 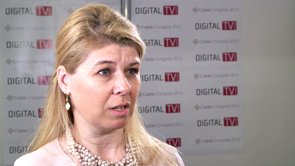 Under the new structure, Pascu will report to Eric Tveter, CEO for Liberty Global Central Europe Group, which operates under the UPC brand for each country in which it is present.

Pascu will take on the COO role in addition tyo her current position as managing director for central and eastern Europe. She will be tasked with coordinating he end-to-end consumer activities in Switzerland and Austria while maintaining her current responsibility for the operations in Poland, Hungary, Romania, the Czech Republic, Slovakia and the DTH activities based in Luxembourg.

Urs Reinhard, currently VP strategy, will join the newly formed consumer unit and will take on a new role as managing director sales and customer operations for Switzerland and Austria.

Reinhard replaces Frank Zelger who has decided to leave the company after nine years.

“With the formation of the new combined unit, we are putting the customers even more at the centre of everything we do. I am happy that we have found in Severina Pascu such an experienced manager to lead this new team as chief operating officer. In the last few years, she has successfully grown our Central Eastern European activities and I very much look forward to continuing working closely with her,” said Tveter.

“Frank Zelger has been a key leader in our turnaround in Switzerland. He has successfully driven the improvement in customer service and satisfaction. I want to thank him for his tremendous contribution and wish him all the best in the future. Urs Reinhard is a highly gifted executive and I am excited that he will succeed Frank in heading Sales and customer operations.”

Pascu said: “The new structure will aim to deliver our connected entertainment proposition throughout the entire customer journey. I am very excited and looking forward to the opportunity to work closely with the new colleagues in Switzerland and Austria as well as with the teams in the Central Eastern Europe countries.”