Lithuanian cable operator CGates has signed a deal with Nokia that will see it upgrade its core network with Nokia’s latest routers.

CGates said it would be the first operator in northern Europe to deploy the routers, which will be installed later this year.

The FP4 devices have a processing power of 2.4Tbps and the company said the upgrade would provide more network stability and help combat security attacks as well as helping prepare for future requirements. 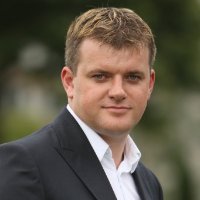 CGates expects the deployment to be completed by the end of the third quarter of next year.

Marius Dabrišius, director of technology at CGates, said that the company’s customers used six or seven devices to connect to the internet on average and that the company would see up to 40% growth in internet traffic this year.

“Video content is already the largest part of the data stream, and UHD, 3D technology, 360 degree video streaming and virtual reality are just starting. By looking at these trends and in order to provide our customers with a reliable and fast network, we chose the latest Nokia technologies that will allow you to be ready for data transfer growth, and provide impeccable quality, network management and automation, without forgetting and protecting against malicious acts,” said Dabrišius.

CGates claims to be the second-largest internet and TV service provider in Lithuania after Telia, with a presence in Vilnius, Kaunas, Šiauliai, Panevėžys, Marijampolė, Alytus, Ukmerge, Zarasai, Vilkaviškis, Skuodas, Šilutė and others.

CGates, which was decoupled earlier this year from previous owner Starman Group of Estonia when the latter was acquired by Finland’s Elisa, has also sought to consolidate a number of smaller Lithuania players to build scale.