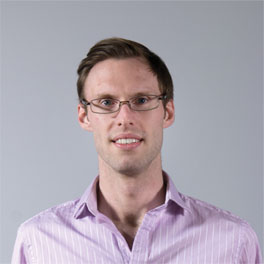 Speaking at the Future TV Advertising Forum in London this morning, Ampere research director Richard Broughton said that in 2017 TV advertising generates roughly US$3.3 per-viewer each month, compared to US$5.8 for online.

“Your average TV viewer is worth to the commercial broadcasting industry about US$3 to US$4,” said Broughton. “That’s been relatively stable – it’s been increasing, it’s been decreasing a little bit in recent years. Those decreases are largely due to some of the currency changes internationally, nothing systematic in the market.”

Making a comparison with the online advertising market – which includes search, display, classifieds and video ads – he said that the online makes about 1.8 times more per user and is growing.

“That’s been increasing, so if you look back at 2005 they [TV and online advertising] were neck and neck,” said Broughton. “By 2017 and beyond, online advertising revenue is far, far more per user than TV is per viewer.”

Looking ahead, Ampere predicts that in 2022 online advertising will be worth US$7.0 per viewer per month, while TV will remain largely flat at US$3.6,

The online ad market is being driven by its two largest players, Google and Facebook, with Google alone making “about as much through internet users as the entire TV industry is making from its viewers,” according to Broughton.

The Ampere stats show that, per month, Google and the TV industry currently both make roughly US$3.3 per-month. Facebook trails at US$1.7 per month, but is growing fast.

In North America, the average Facebook user is worth seven times as much as five years ago, while in Europe the gap is closing “very quickly”, conference delegates heard.

In Europe, monthly advertising revenue per user or viewer was found to be US$4.1 for TV and US$2.2 for Facebook. However, over a five year period, TV’s figure was down from US$4.8 while Facebook’s had increased more than five-fold from just US$0.4 in 2012.

“Facebook is already making more per user than a channel like M6 or Channel 4,” said Broughton. “It’s not quite at the RTL or ITV levels yet, but it’s closing fast. There’s some very rapid growth in terms of monetisation of users.”

While the stats may paint a bleak picture for traditional TV players, when you compare TV advertising to just online video ads – as opposed to all forms of online advertising – Broughton said TV is “still miles ahead”.

In the UK, for instance, the average monthly ad revenue per pay TV viewer was found to be some US$20, for commercial TV it was US$8, for subscription OTT US$4 and for online video advertising US$4.